How to remove QkSee adware 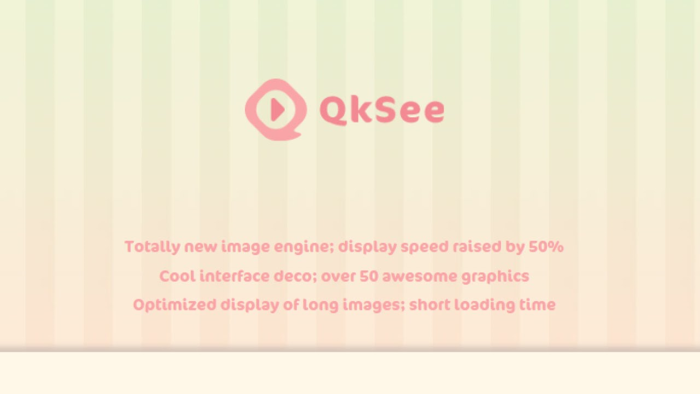 QkSee image viewer is an unwanted application that cannot be considered a virus but still has enough negative effects after installation. Though the official description says that QkSee is a program of a great use that allows to view images of more than 60 formats, because of the main course of its actions, QkSee can be categorized as an adware. Therefore, if you have the program installed, you may expect appearance of commercials of all types that can be extremely annoying.

The malicious actions of QkSee start with gathering enough information about the user, which includes Internet behavior, geolocation, and search history. Afterwards the adware begins to exploit the data and enter it into ads content in order to make the pop-ups more tempting. Commonly, the ads are commercial offers that take the disguise of a real shopping source of a good standing, like eBay or Amazon, but in fact they lead to a third-party sites that can be malware spreading and thus dangerous. So, to make your browsing safe you need to remove QkSee adware once and for all.

How QkSee got installed on your computer?

For adware applications there are two main methods of installation: a direct and a stealth one. A direct approach includes a persuasive promotional campaign that will convince users in installing the application voluntarily. The stealth means is way more common, as it doesn’t rely on user’s intention. More frequently, cybercriminals apply to a method of stacking a usual application with a malicious one, so that the latter’s presence wouldn’t be so striking. However, you always can check the setup on malware presence and therefore make it safe. For this change the installation mode to Advanced or Custom, and then go to the step with the list of installation components and deselect the ones that you don’t want to see on your system.

To make sure that the adware won’t appear again, you need to delete QkSee completely. For this you need to remove the application from the Control Panel and then check the drives for such leftovers as QkSee files and registry entries.
We should warn you that performing some of the steps may require above-average skills, so if you don’t feel experienced enough, you may apply to automatic removal tool.

Performing an antimalware scan with Norton would automatically search out and delete all elements related to QkSee. It is not only the easiest way to eliminate QkSee, but also the safest and most assuring one.

As it was stated before, more likely that the adware appeared on your system brought by other software. So, to get rid of QkSee you need to call to memory what you have installed recently.

How to remove QkSee from Windows XP

How to remove QkSee from Windows 7/Vista

How to remove QkSee from Windows 8/8.1

How to remove QkSee from Windows 10

If you experience problems with removing QkSee from Control Panel: there is no such title on the list, or you receive an error preventing you from deleting the application, see the article dedicated to this issue.
Read what to do if program won’t uninstall from Control Panel

How to remove QkSee from Google Chrome

How to remove QkSee from Internet Explorer

How to remove QkSee from Mozilla Firefox

How to remove QkSee from Microsoft Edge

Sometimes removal via Control Panel is not enough since the built-in application can leave some files that shortly will restore the adware. So, you need to find all of the following items and delete them.

Back to top
mobile desktop